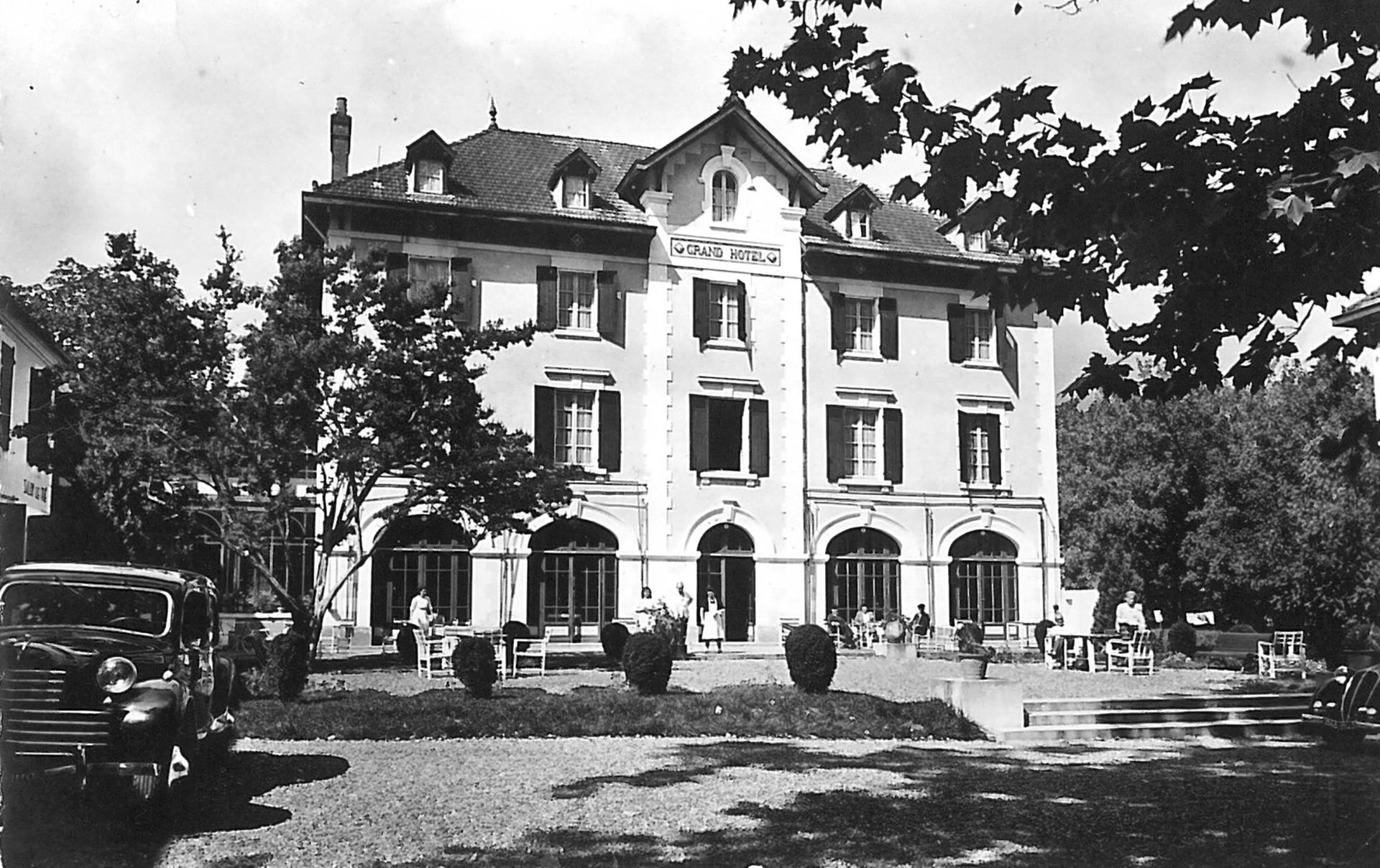 Eugénie’s History originates in 1861, when Empress Eugénie, the wife of Napoleon III decided to grant her sponsorship to this small thermal station in the outskirts of the Landes
and Béarn regions. A few years before, she had sojourned there for a stopover on her way to her summer quarters in Biarritz.

For the first half of the XXth century, the place fell into a gentle slumber ; Eugénie’s adventure started all over again in 1961 when Adrien Barthélémy, the father of Christine Guérard, fell in love with the century-old trees of the Parc and decided to buy the thermal domain and the hotels adjacent to it.

In 1966, Christine settles in after having returned from Mexico. The pastoral beauty of the constructions as well as the History of the site fire up her inspiration : she undertakes renovation work and opens the hotel to the public again, soon joining the Relais & Châteaux fellowship.

Good fate once again blessed Eugénie’s in 1972, when Christine met the man who would become her husband ; back then, Michel Guérard was a young chef working in Asnières-sur-Seine, and he was among those laying the groundwork for what would later be called Nouvelle Cuisine. Their love gave formidable fruits, among which two daughters,born in 1983 and 1986 and a vineyard created in 1984.

In 1974, Michel Guérard decides to leave his Michelin-starred restaurant to join Eugénie’s. There, always a culinary troublemaker, the sight of clients on a diet having dinner inspired him to invent the Great Slimming Cuisine® that gave him instant international renown.

In 1975, the Michelin Guide awarded chef Guérard’s creations one star, then two stars in 1976 and finally three stars in 1977!

An eighteenth century covent is renovated and becomes part of the Domain in 1989.

The Ferme aux Grives Inn was restored in 1993.

In 1996, the Ferme Thermale® was created and became yet another addition to the
Domain.

The Salons and suites in the Empress Aisle were created in 2009.

Michel Guérard’s Institute and the Mère Poule & Cie Culinary Café became the latest addition to the domain in 2013.

On July 27th , Les Prés d’Eugénie became the 24 th Palace de France. This title distinguishes hotels that present exceptional features with regards to their location, but also to their particular historical, aesthetic or patrimonial interest and to high standards of quality in the services provided. Today, the Guérard family runs Les Prés d’Eugénie with playful passion, helped by a staff of 180 people that became masters in the Art of Hospitality.

Lost your password?
Not register yet? Register
See you soon!