The Château de Bachen was listed as a Historical Monument in 1994, and is the place that the Guérard Family calls home ; there, since 1987, they pour their passion in the production of red, white and rosé wines.

The Château de Bachen sits on a casterly rock overlooking the Adour valley, and up until the French Revolution, it was the house of barons. After the original castle that dated back to the Middle Ages was destroyed in a fire, the Bachen Baron, a lettered and enlightened man, decided to have it rebuilt entirely towards the end of the eighteenth century. The beautiful mansion was erected after a surprisingly modern and simple blueprint, with simple yet subtle design choices. With the outskirts of the Béarn region only a few miles away, the castle’s roof owes more to the Pyrenean architectural tradition than it does to the style used in the Landes region, making it a feast for contemporary eyes.
Christine Guérard heard about this pretty country manor while strolling around Eugénie, and found out that it was in shambles. She is immediately taken aghast by the charm of the mansion. Alas ! The Castle was not for sale, and she would have to wait a few more years. 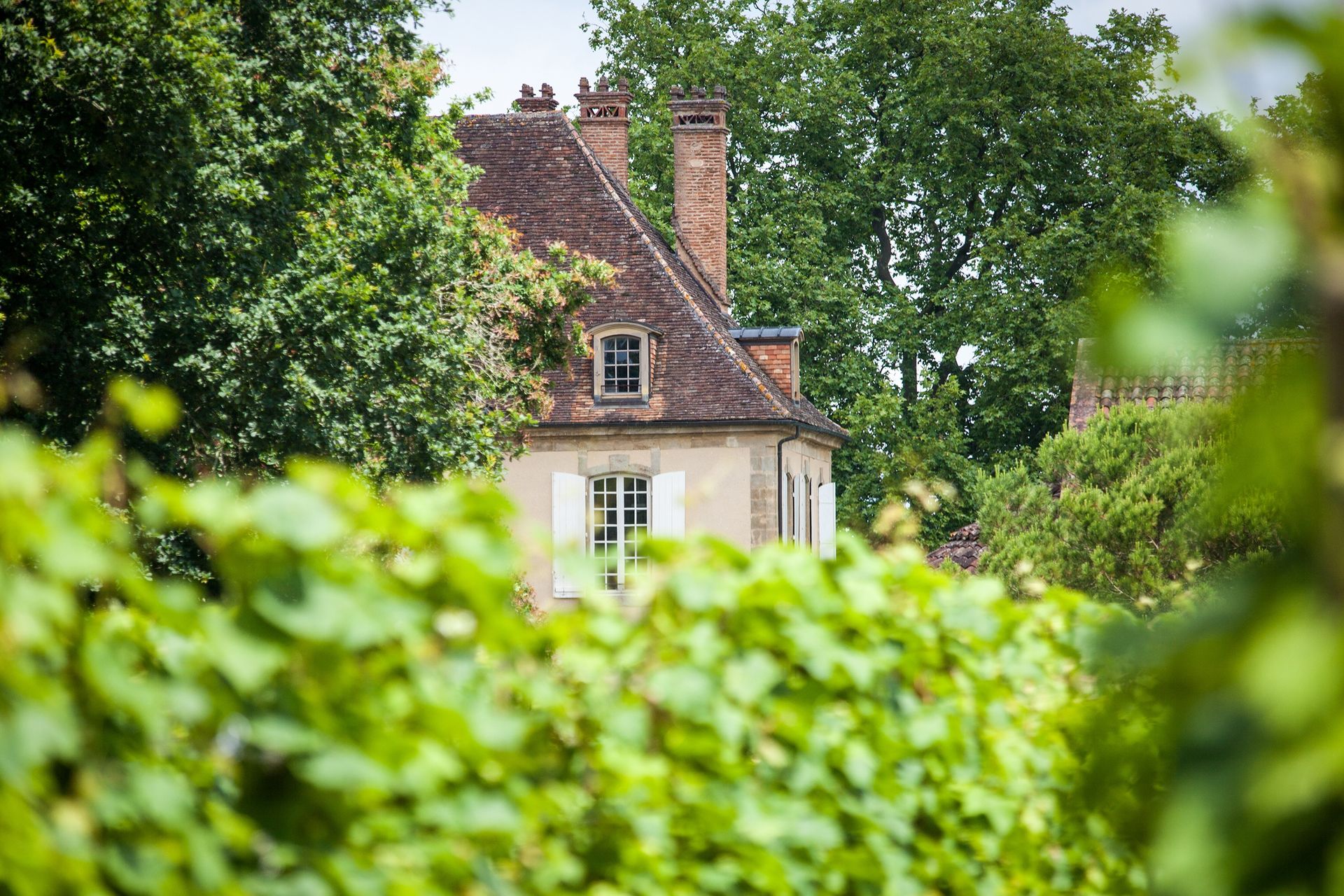 Finally, the dream comes true ! On September 6th, 1983, Christine gives birth to Eléonore, her first daughter, while Michel finalises the acquisition of the Castle. In the two years that follow, there will be a second daughter, Adeline, as well as a long restoration campaign lead with the inestimable help of a crew of builders and companions from the Historical Monuments teams – the youngest of them still work with our « Heritage Services » today. 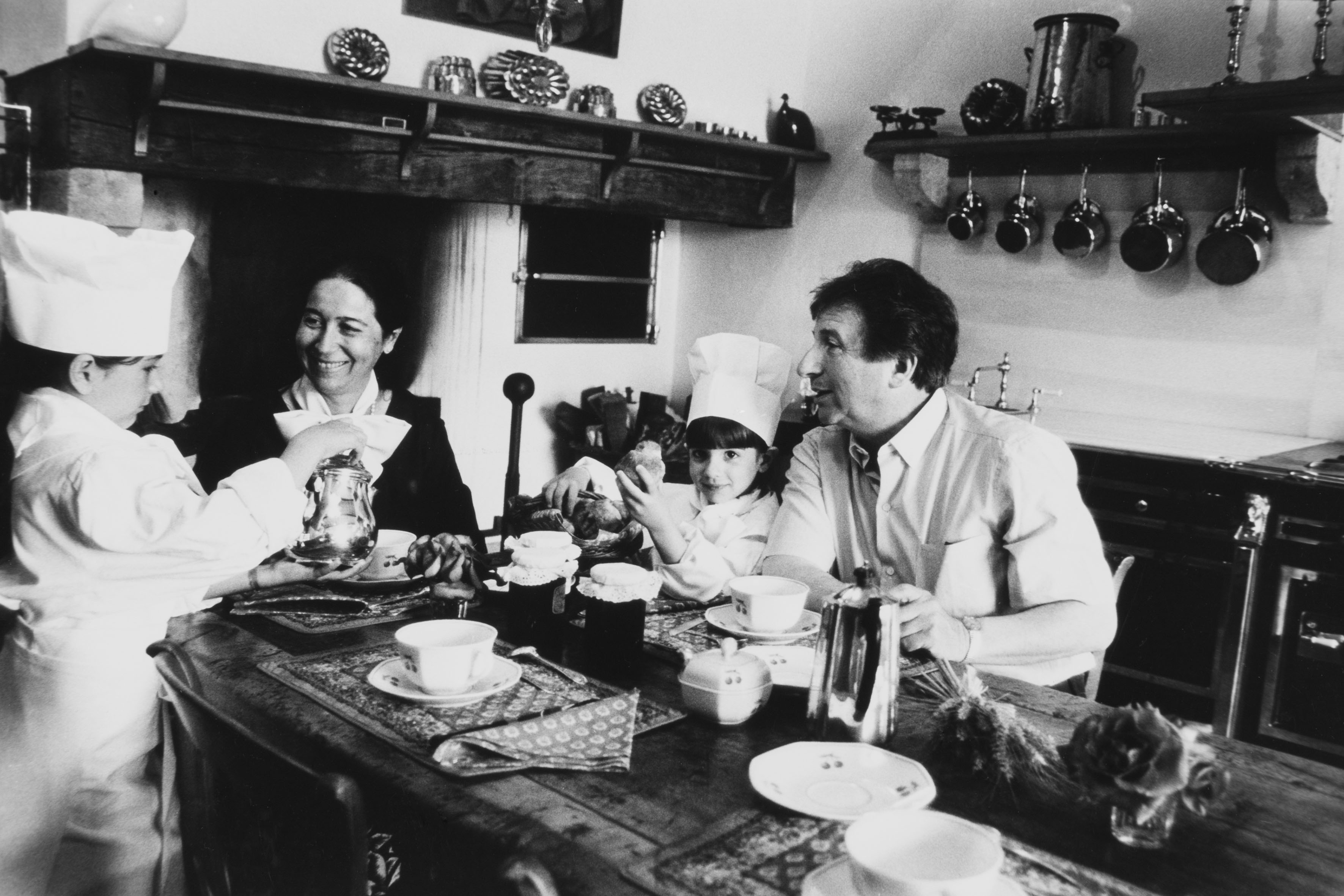 At first, the vineyard was planted on a small surface of no more than ten hectares, all around the Castle. Making his own vine had been one of Michel’s lifelong ambitions. During the following years, he takes the time to follow an academic training in Bordeaux, where he met Denis Dubourdieu and Jean-Claude Berrouet, the friends who were to become our domain’s guardian angels.

Our first vintage, Château de Bachen, was debuted in 1987. It is a lively white wine, inscribed in the « Tursan » appellation, wich is yet to be acknowledged by INAO. Its trademark blend of Sauvignon, Menseng and Baroque will be improved upon along the years by Michel Guérard and Thomas Stonestreet, the domain’s first sommelier. A few years later, the Baron de Bachen vintage, a refined white wine aged in casks for months, is released. 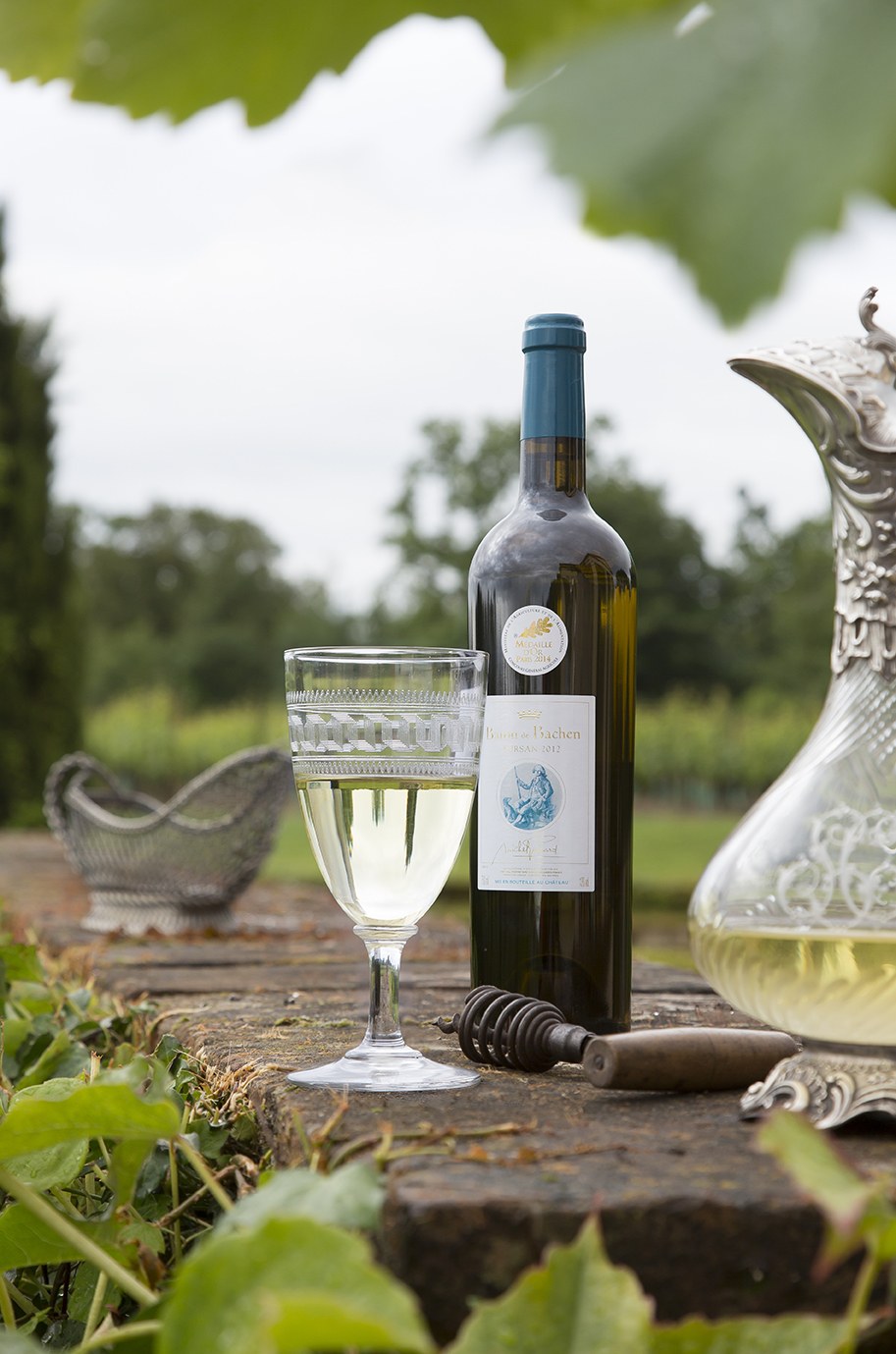 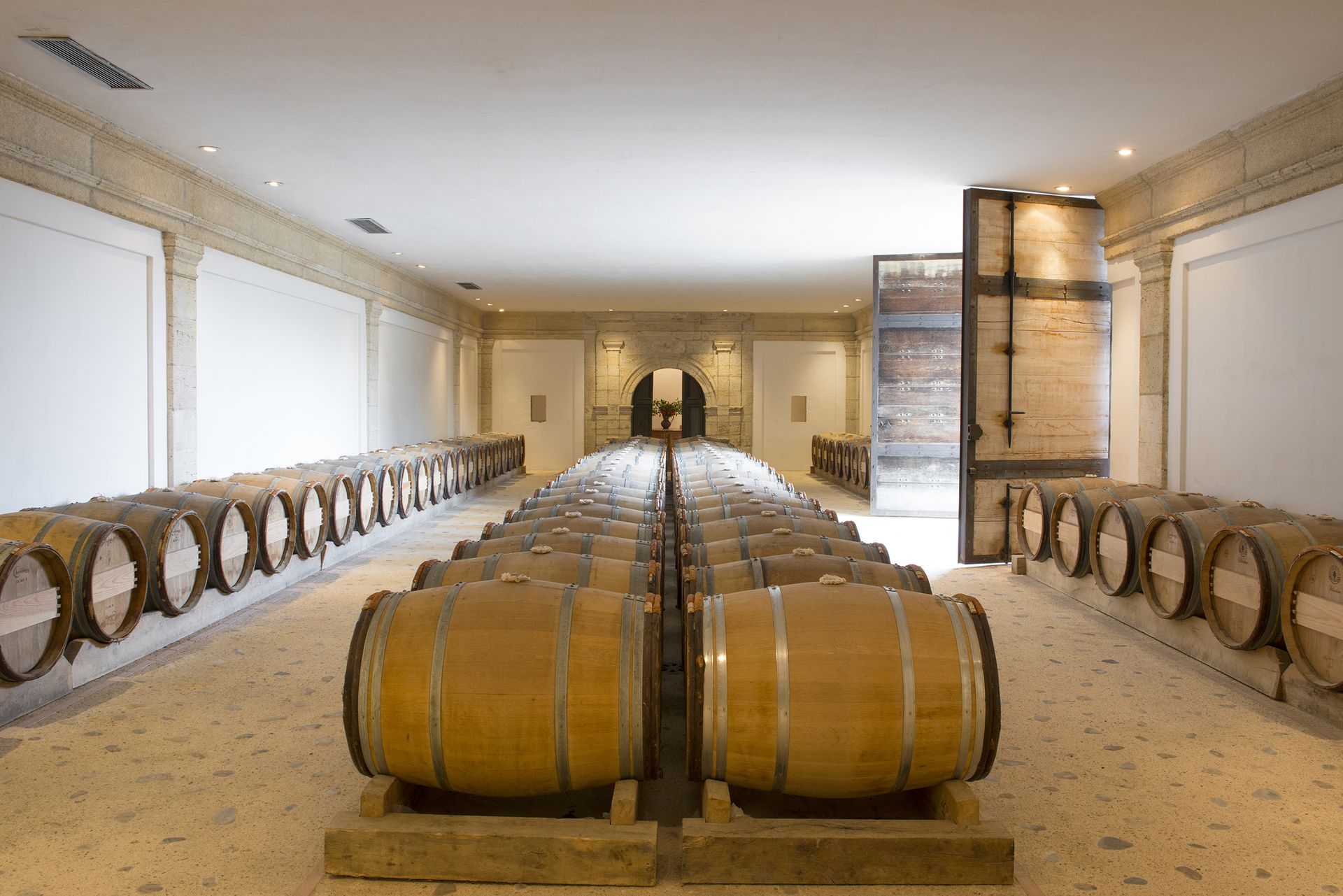 At the same period, Michel Guérard, always the malicious innovator, had a few parcels of cabernet and merlot planted. Under the supervision of Véronique Vialard, our oenologist, the first vintage of rosé is created. This very clear, almost pearly white – suited to the taste of the Guérard family – is the ideal companion to estival lunches and apéritifs. 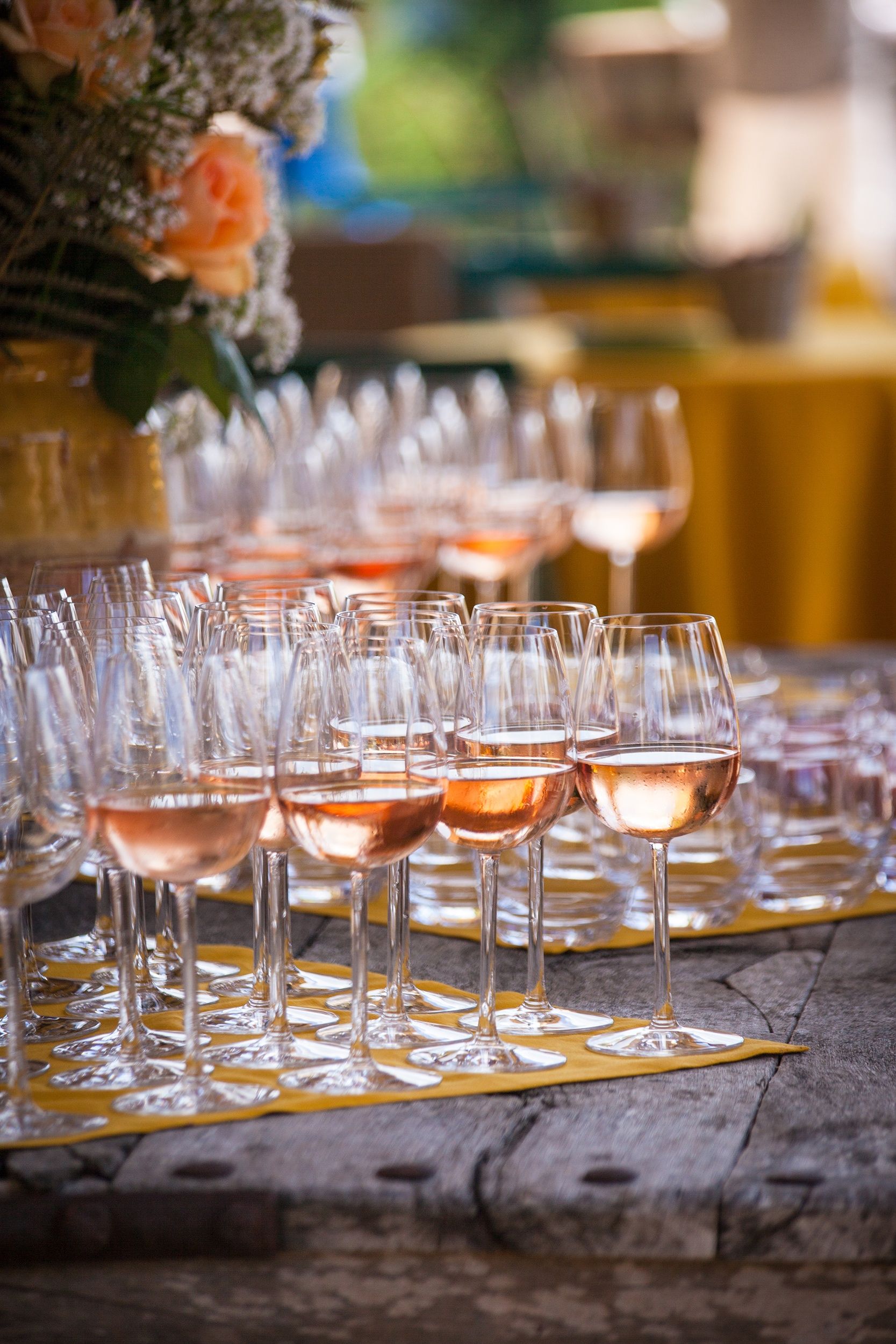 The « Rouge de Bachen » vintage was the first attempt at making red wine at the Castle. It took time and effort and the domain’s agricultural exploitation had to be rethought before the soil became suitable to produce great red wine. The vines were double-grafted, and the quantities reduced. 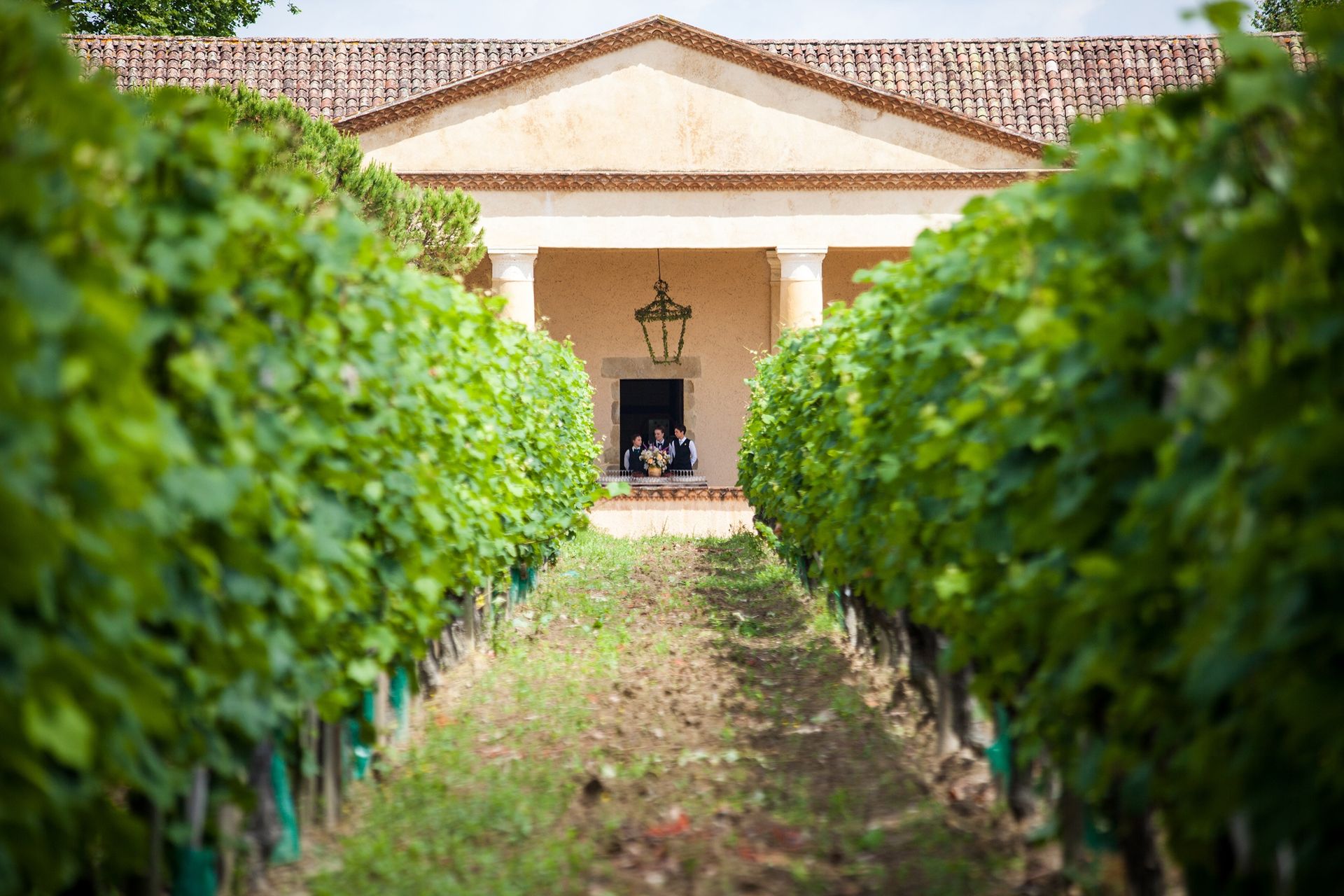 The arrival of young oenologist Olivier Dupont marks the beginning of a new chapter in the Guérard family’s wine history. To improve the quality of red grapes even further, more work was put into improving the soil and vines. Prophylactic methods aimed at reducing the use of phytosanitary products are developed, the vines are pruned with great precision and the leaf area is masterfully optimised. A new vintage, dubbed « Barocco » and inspired by the greatest Bordeaux wines is added to the range of products crafted on the domain. 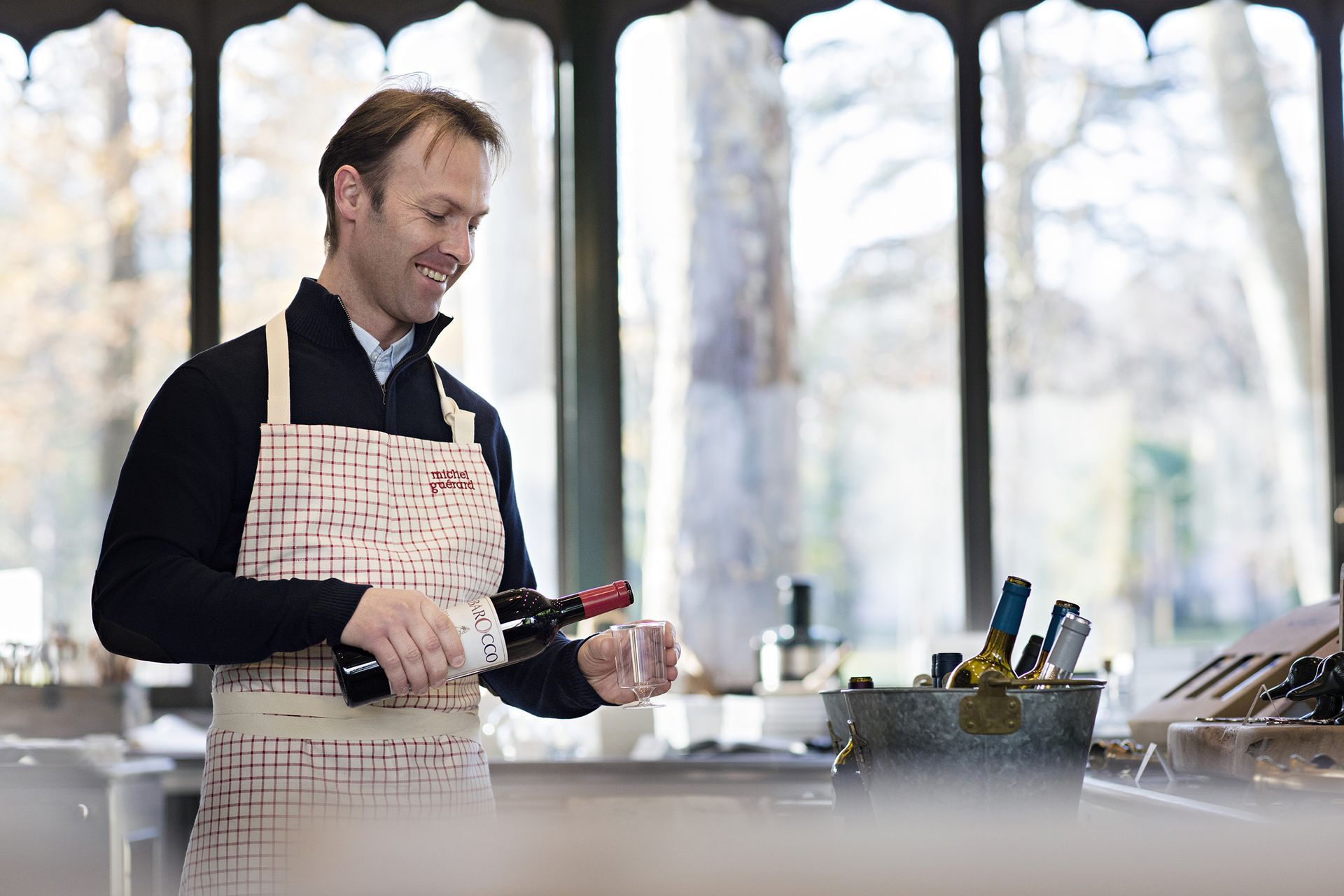 Since fine merlot, cabernet and chardonnay grapes grow on its land, the Bachen domain sets to a whole new adventure by creating a partnership with Lionel Osmin’s establishment. With the precious advice of Damien Satory and Romain Ott, the domain soon produces La Dune its first vintage of « Atlantic Rosé ». 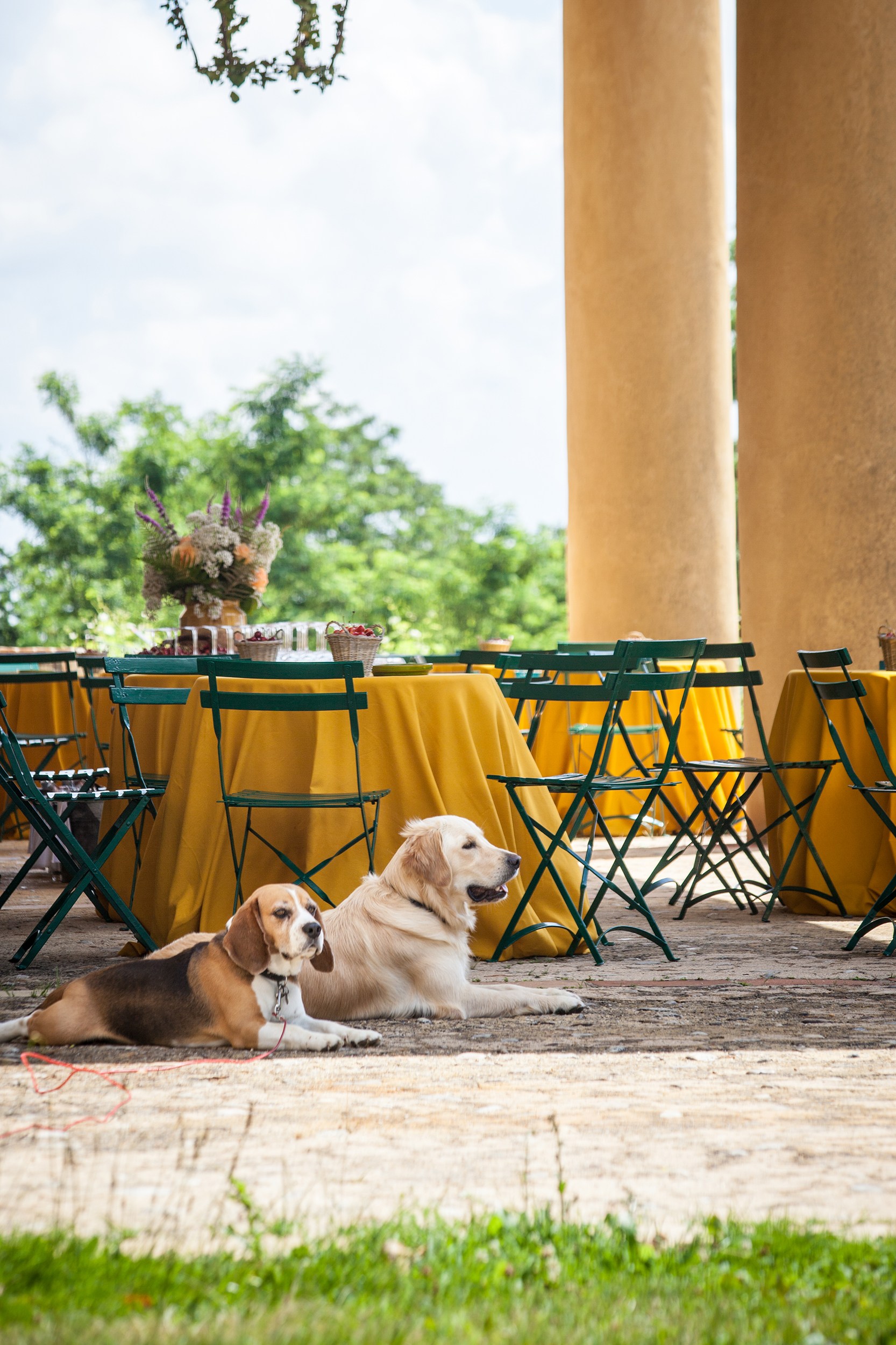